As part of the SDG funded Integrated National Financing Framework (INFF) Joint Programme, UNDP provided critical support towards the implementation of the Planning and Budgeting Act No.1 of 2020, whose aim is to provide for an integrated national planning and budgeting process by strengthening  accountability, oversight and participation mechanisms.

In doing so, UNDP partnered with the Zambia Institute for Policy Analysis and Research (ZIPAR), a national think tank, to provide timely capacity building through the preparation of a Budget Analysis Toolkit and the provision of targeted technical trainings for law makers (Members of Parliament) and policy makers (Permanent Secretaries). Beyond raising awareness on the national budget and its formulation process, the Budget Analysis Toolkit will strengthen the capacity of policy and law makers and the public on the analytical activities involved in the formulation, implementation and monitoring of the national budget.

Specifically, the Toolkit will facilitate understanding and interpreting of the national budgets within the national development planning and financing. With the toolkit, members of the executive and legislative branches of government, are better equipped with knowledge, skills, competences, and practical examples for making evidence informed inputs, comments, and advocating for the right fiscal policies to be employed towards the achievement of the national objectives and the Sustainable Development Goals (SDGs).

The training seminar for the Members of Parliament was officially opened by the Deputy Speaker of the National Assembly Hon. Malungo Chisangano on 19 December 2021, followed by three targeted sessions for MPs, and Staff of the National Assembly. The Budget Analysis Toolkit was launched on the 23 February 2022 in Chilanga district by the Secretary to the Cabinet, Patrick Kangwa in a training seminar attended by Permanent Secretaries representing all key sectors and government ministries. A total of 49 MPs and Clerking Staff of the National Assembly attended the training seminars while 59 PSs participated for the members of the executive, bringing the total number of beneficiaries to 108 out of the targeted one hundred representing 108% achievement. From the 108 participants, 48% were female while 52% were male, showing a particularly good gender representation.

Following the training there has been an overwhelming demand for the Budget Analysis Toolkit,  from the various spheres of the government, the public, the private sector and the donor community, whose interest has gone beyond just understanding the budget, but has also triggered more discussions around fiscal space for SDGs and budget transparency. For the National Assembly, the training on budget analysis and the Toolkit were as they will enhance the capacity of the MPs and improve Parliament’s oversight role in budget scrutiny and interpretation. In addition, the Toolkit came at a time when the new government and Parliament had just initiated their mandates, and good proficiency in subjects such as the budget forms the basis for their day-to-day responsibilities.

In the backdrop of the new government’s focus on transparency and accountability, the launch of the Toolkit calls for controlling officers, as fore runners in helping government to execute and account for the public funds, to gain a better understanding and be better equipped to not only scrutinize the national budget, but to also meaningfully master the various analytical issues on the budget. Permanent Secretaries have the most crucial role in ensuring enhanced internal control systems to promote greater transparency and accountability in the utilization of public resources.

The training has had an overwhelming acceptance and demand from the three arms government, which have renewed requests for more support on planning and budgeting in line with the 8NDP and the SDGs. UNDP will continue leveraging from the catalytic SDG Fund supported INFF Joint Project to provide the critical capacity strengthening for the government at national and sub-national levels to enhance evidence-based planning, budgeting, and financing for SDGs. And within the implementation of the National Planning and Budgeting Act no. 1 of 2020, UNDP will provide targeted training in areas such as sector budget analysis, gender-based budgeting, constituency development resource mobilization and funding, budget tracking, domestic resource mobilization. 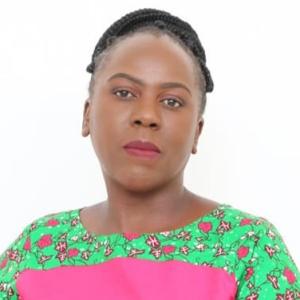