Every year, media practitioners commemorate the World Press Freedom Day (WPFD), to honour the freedom of the media and journalism across the world.

World Press Freedom Day is a day of support for media freedoms and also a day of remembrance for those journalists who lost their lives on duty.

This year, the United Nations System in Zambia joined media practitioners and other stakeholders in the country to observe World Press Freedom Day under the theme “Journalism Under Surveillance”, drawn from the global theme “Journalism Under Digital Siege”. The theme underlined the impact of the digital era on freedom of expression, the safety of journalists, access to information and privacy. It also provided an opportunity to seek solutions and responses to the new digital threats facing journalism with all concerned stakeholders, such as policymakers, journalists, media representatives, activists, cybersecurity managers and legal experts.

As part of the commemorations of the WPFD in Zambia, the WPFD Local Organizing Committee organised the National Media Indaba on 4 May 2022 at the Mulungushi International Conference Centre in Lusaka. Zambia’s President H.E Mr. Hakainde Hichilema was the Guest of Honor.

The Republican President emphasized the vital role of the media as the fourth estate and reaffirmed his government’s commitment to enacting an the Access to Information law as well as protect and honour media freedom in Zambia.

Mr. Hichilema called on the media to desist from reporting non-factual stories and encouraged them to take time to research and ensure that their stories were not biased but based on the truth. He further encouraged the media to take the role of peace building seriously and ensure that their coverage did not contain hate speech and potential to divide people across tribal lines.

Representing the UN System in Zambia, UN Resident Coordinator a.i. Lionel Laurens said that media freedom and access to information help to empower people and enable them gain control over their own lives, enhance transparency, accountability, and informed public participation in governance. He observed that this cannot be possible without accurate, fair and unbiased information from the media to facilitate communication among citizens and between them and their leaders.

Quoting the UN Secretary General, Antonio Guterres, Mr. Laurens said, “Without freedom of the press, there are no real democratic societies. Without freedom of the press, there is no freedom. He explained that the UN regarded the media as critical in enhancing democracy and promoting the rule of law and attainment of Peace, Justice and Strong Institutions in line with Sustainable Development Goal 16. He remined the gathering that while digital technology had democratized access to information, it had also created serious challenges.

“Let us, together, counter the harmful use of digital media and misinformation through robust initiatives to verify the information that citizens receive,” he said.

Mr Laurens cited the Verified Campaign (https://shareverified.com) as a global initiative of the United Nations, which in collaboration with Purpose, was aimed at equipping people with the skills to identify and combat misinformation, promote the sharing of verified messages and fact-checked information on key issues such as COVID-19 and other crises.
He noted that in Zambia, the UN is in partnership with various partners implementing the iVerify platform to strengthen national capacity to identify and document cases of disinformation, misinformation and hate speech, analyse and fact-check information, as well as activate remedial responses through counter-messaging or regulatory decisions.

And in a statement delivered on her behalf by National Commission for UNESCO Senior Programme Officer in Zambia Dr Samson Kantini, UNESCO Director General Ms Audrey Azoulay, noted that journalists played a vital role in providing accurate information, which I vital in times or crises. She said that the digital era had put media workers and their sources at greater risk of being targeted, harassed and attacked.

Speaking at the same event, Media Liaison Committee Chairperson, Enock Ngoma highlighted poor salaries/wages, legal reforms, lack of incentives, failure by government to support media institutions, lack of open spaces for media to air the grievances, politicians sitting on media boards instead of trained journalists, as some of the reasons why the media in Zambia seemed to be under performing.

May 3 was proclaimed World Press Freedom Day by the UN General Assembly in 1993 following a Recommendation adopted at the twenty-sixth session of UNESCO's General Conference in 1991. It serves as an occasion to inform citizens of violations of press freedom - a reminder that in dozens of countries around the world, publications are censored, fined, suspended and closed down, while journalists, editors and publishers are harassed, attacked, detained and even murdered. It is a date to encourage and develop initiatives in favour of press freedom and to assess the state of press freedom worldwide. 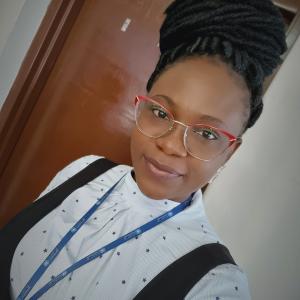