The United Nations in Zambia joined the global community in observing the 2022 International Day in Memory of the Victims of the Holocaust through a virtual commemoration held in partnership with the Ministry of Foreign Affairs and International Cooperation of the Republic of Zambia and the Zambia Council of Jewry [Zambia Jewish Council] on 27 January. The event was held under the theme “Memory Dignity and Justice.”

A moment of silence was observed in memory of the victims of the Holocaust as well as to remember Mr. Simon Zukas, who until his death in 2021 was the Chairperson of the Zambia Council of Jewry and a strong partner with the United Nations during past Holocaust commemorations in Zambia.

In her opening remarks, UN Zambia Resident Coordinator Dr. Coumba Mar Gadio noted that the commemoration underscores the importance that the United Nations attaches to fighting anti-semitism and racism.

“The United Nations must always be at the forefront of the fight against anti-semitism and all other forms of religious bigotry and racism. Remembering the past is crucial to safeguarding the future. Silence in the face of hatred is complicity, she said.

And Minister of Foreign Affairs and International Cooperation Stanley Kakubo, MP, who was represented by the ministry’s Permanent Secretary for Administration Chembo Mbula said that the atrocities of the Holocaust must be remembered by all for the world to ensure that the evil act did not repeat itself in future.

“No nation should ever again fall into the dangers of hatred, bigotry, racism, and prejudice that characterised that era,” said Mr. Kakubo.

Representing the Jewish community in Zambia, Rabbi Shalomi Abutbul urged children and youth to learn about the Holocaust and its implications on the lives of people today. He also encouraged young people to shun prejudices as part of the fight against hate crimes.

“Learn about the holocaust, read about it and understand what hatred among men can do to one another. You have to be proud of who you are and where you come from. It will help you for the future. Never let anyone tell you that you are inferior because of your colour, religion, beliefs or background,” said Rabbi Abutbul.

The program also featured the screening of a short documentary “Some Were Neighbours: Choice, Human Behaviour, and the Holocaust that highlighted events prior to and during the Holocaust. As part of the event, UNESCO in Zambia moderated a highly participatory discussion and question and answer session on prejudice, peace, holocaust denial, co-existence and fighting racism.

The Holocaust relates to the killing of six million Jews and other groups of people in Europe by the Nazi regime and its supporters between 1939 and 1945 based on their race and other factors such as faith, disability and sexual orientation. 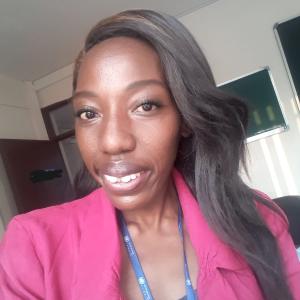